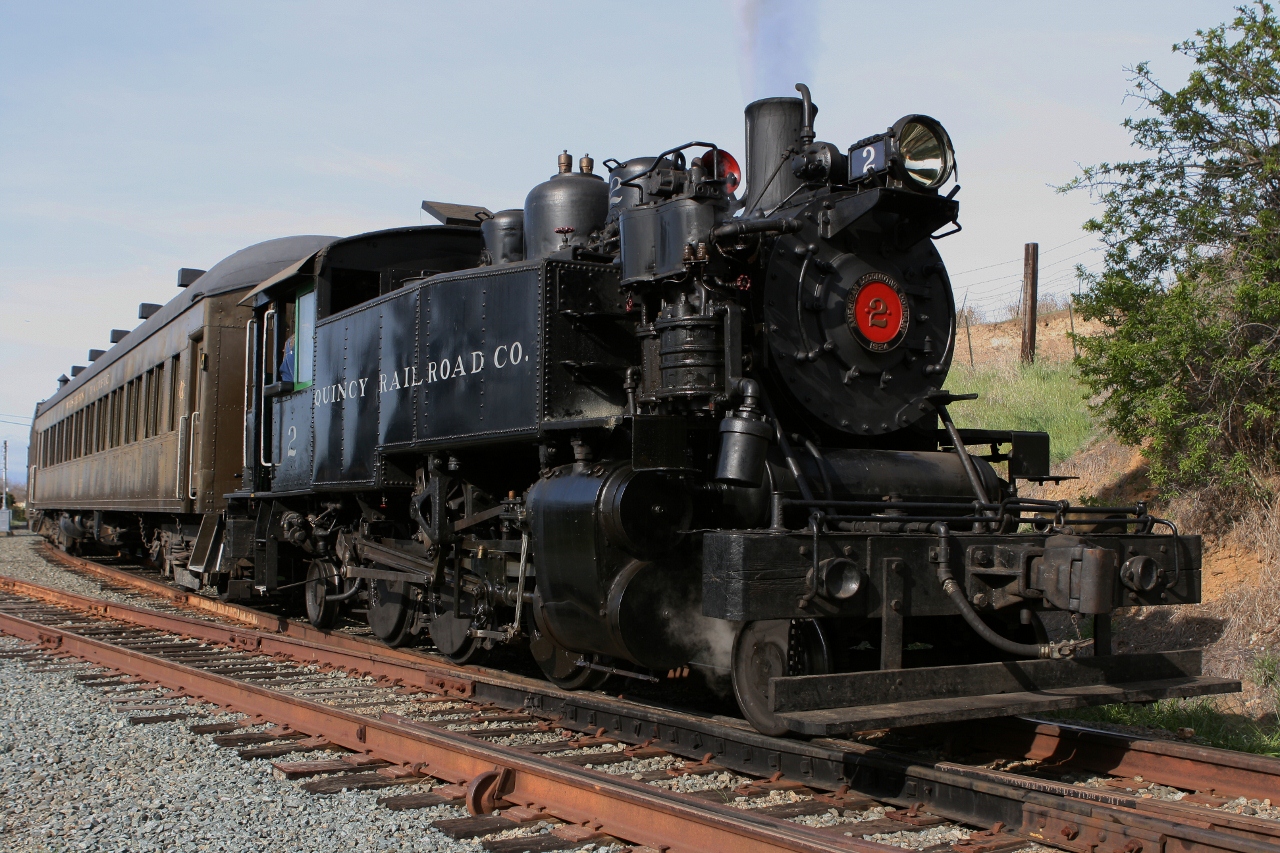 The Quincy Railroad is located in Plumas County, CA, in the Feather River area of Northern California. The railroad was built to connect the town of Quincy (and lumber interests nearby) to the Western Pacific Railroad (WP) a few miles away. From Quincy, the railroad ran across the flat American Valley and then climbed a quick 4% grade up to the WP at Quincy Junction.

Shortly after the No.2 arrived in late 1924, the railroad’s single busiest job was to haul supplies for the construction of the Bucks Ranch Dam from 1925 to 1927. During this time, the No.2 hauled rock, concrete, and very large gasoline-powered shovels across the railroad. After the Dam project, most of the freight handled on the Quincy was finished lumber.

The No.2 was relegated to standby duty in 1945 when diesel locomotive No.3, a 44-ton General Electric switcher was purchased. The No.2 was occasionally used for railfan excursions until being sold in August 1970 to Pacific Locomotive Association member George Adams.

The No.2 operated during the 1970s and early 1980s on the former Castro Point Railway in Richmond, CA. In 1986, the No.2 was shipped to Canada for Expo 86. When the No.2 returned to California, it was placed in storage until being moved to the Niles Canyon Railway for restoration around 1990.

The No.2 began operating for the Niles Canyon Railway in 1992, pulling passenger excursion trains on a regular schedule until August 2000, when it was then shopped for a major overhaul. Returning to service on the NCRy in June 2002, it operated until April 30, 2017 when #2’s current 15 year operating window ended. The engine is now stored safely awaiting an eventual 1472 day overhaul.