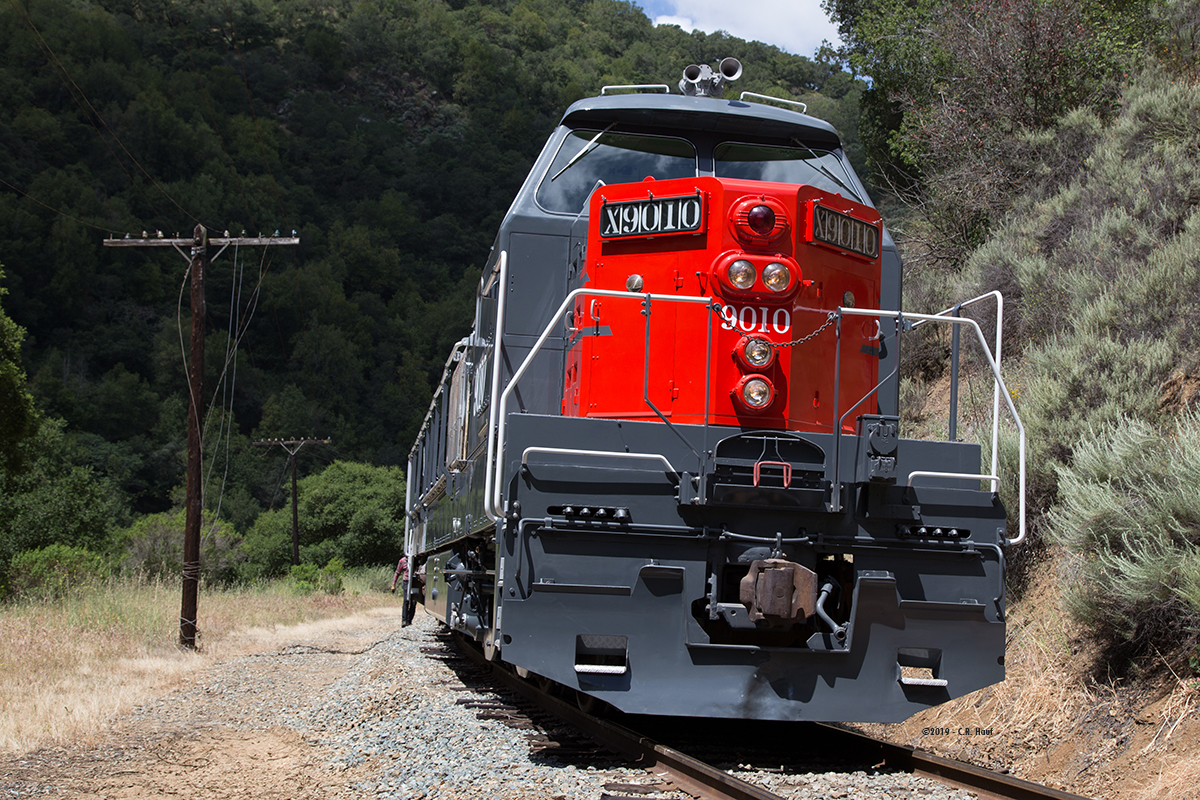 The 11 year restoration work on No. 9010, the last survivor of 37 German-built Krauss-Maffei ML 4000 C’C’ diesel-hydraulic locomotives in the United States and Brazil, is nearing completion, and will be mostly finished when the locomotive makes its official inaugural runs on July 20th.

The locomotive has undergone a complete cab rebuild, a re-fabrication of its hood and pilot, installation of a “new” used C-C rear truck repatriated from France and a restoration to its 1964 appearance.  The engine is undergoing a complete rebuild of the top as well as installing a hydraulic pump to drive cooling fans.

This event is limited to 150 passengers for each event so we can do photo run-bys in Historic Niles Canyon on the final link of the Transcontinental Railroad, opened in September of 1869. Two excursions on July 20th with a Pre-boarding ceremony is at 9:00 a.m. First train will depart our Niles Station at 10:00 a.m. and the afternoon train departs at 1:30 p.m.