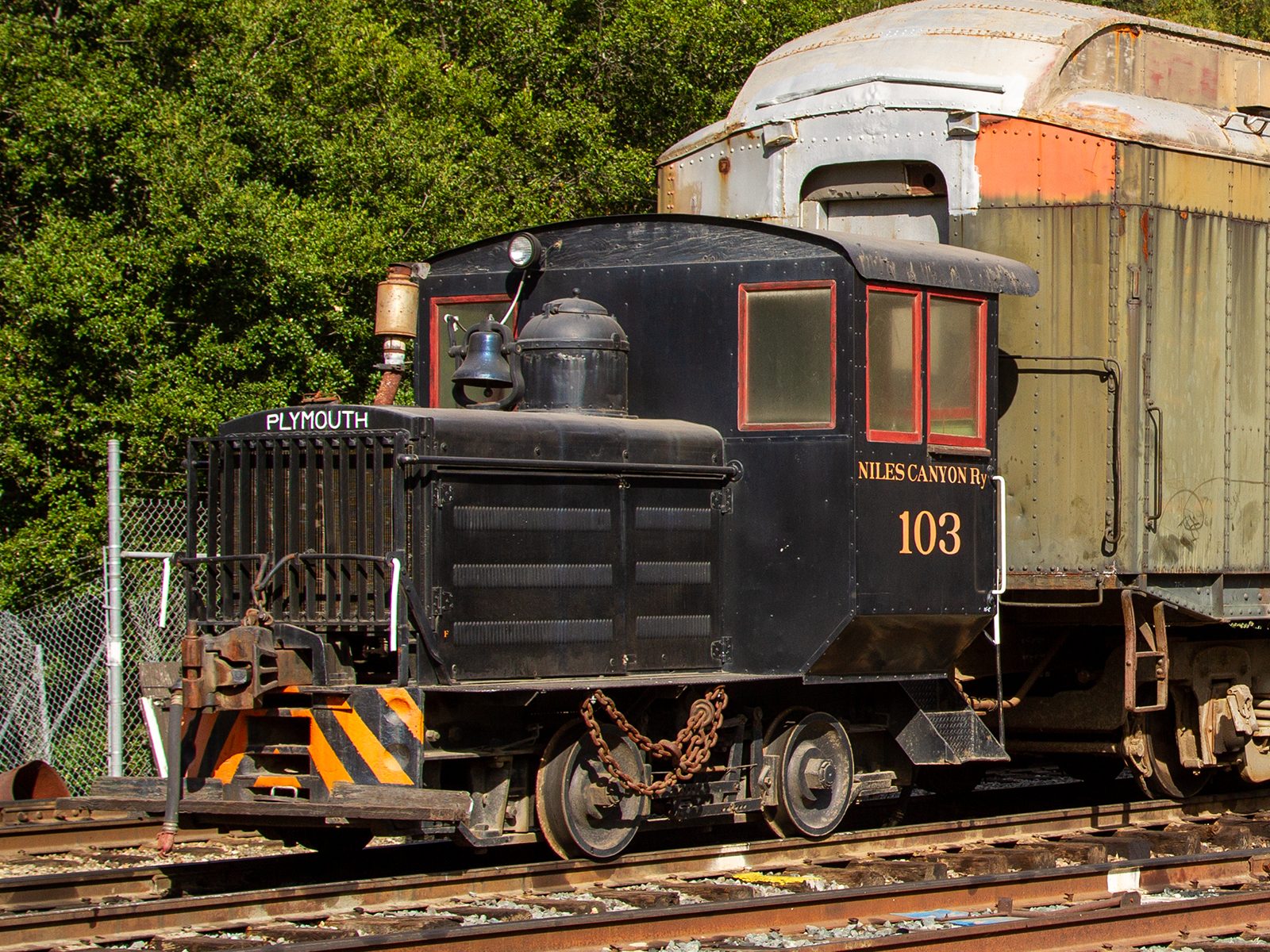 Excerpt from “From the Pacific to Scrap and Back” by George D. Childs, Jr. and Howard P. Wise, Pacific Railnews, February 1980.

In 1929, the Santa Catalina Island Company of Avalon, California purchased a ten-ton Model JLA Plymouth and our Dinkey was dutifully delivered with a serial number of 3368 and a builder’s date of November, 1929. A railroad on Catalina Island? It would seem so, and correspondence with Charles Wood, the Island Company purchasing agent, confirmed the fact . The island area now known as Pebbly Beach helped supply the rock for the construction of Los Angeles and Long Beach harbors. According to Wood, the Island Company operated the quarry for Graham Brothers Company until 1940 when the operation was completed.

From Willis Hendrick of the Los Angeles Chapter of the Railway and Locomotive Historical Society, we learned that the Dinkey had quite a bit of company. Our Plymouth had a twin, because identical ten-ton J LA’s with serial numbers of 3368 and 3369 were delivered at the same time. They were the last of a series of Plymouths including two seven-tanners and a seven-and-one-half-ton to see service before the operation was shut down. This stable of Plymouths was preceded by at least three steamers belonging to the Los Angeles Harbor Department with the whole operation dating back to about 1924. By sheer coincidence, one of the earlier Plymouths, serial number 1834, ended up at Standard Oil’s Richmond refinery, just a stone’s throw from the Dinkey’s present home. Unfortunately, the fate of 3368’s twin is unknown at this point.

After serving the Island Company, our Dinkey was sold on December 9, I 940, to the American Bridge Company in Los Angeles, under whose ownership it was used for a variety of construction work including a short stint at Shasta Dam. When American Bridge deemed it surplus, it was again sold. In 1965, it moved to the Bay area under the control of the M. Lummus Company in Richmond. After doing odd jobs for Lummus and a lot of time up for sale, Judson Steel Corporation in Emeryville bought it in June of 1972 for work at its scrap processing operation . Two years of hard work were brought to an end in the winter of 1974 when the seasonal rain and an uncovered exhaust stack combined to freeze the engine. Enter the two soon-to-be locomotive owners and a return to the story of our restoration battle.