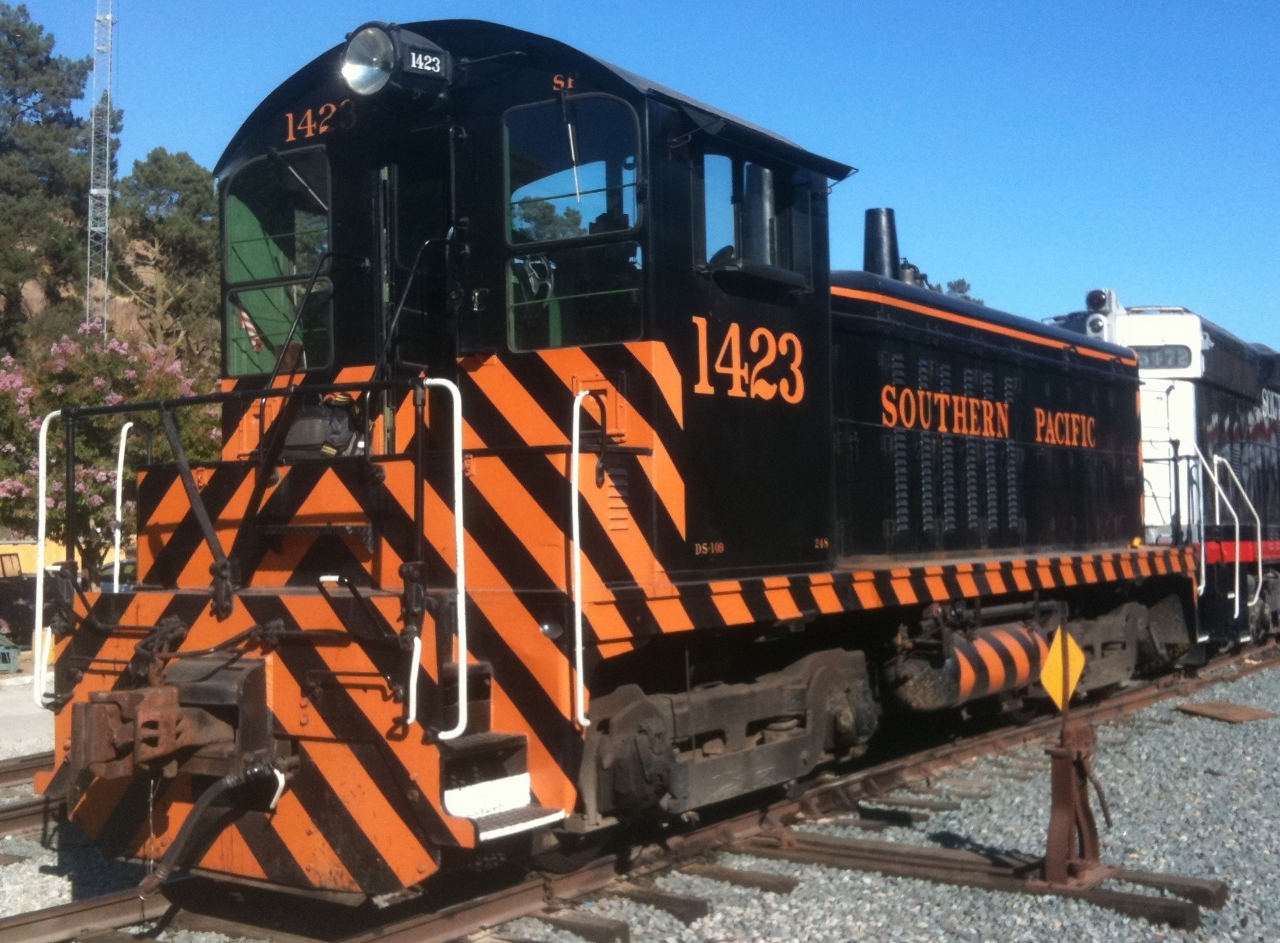 The Pacific Locomotive Association has returned to service on the Niles Canyon Railway one of Southern Pacific’s first diesel switchers. The 1000HP type NW2 was built in 1949 by the General Motors Electro-Motive Division as SP No.1423.

In 1972, SP decided to add postwar NW2’s to their rebuild program and the No.1423 was rebuilt at the Houston Shops. In September 1972, the locomotive was upgraded to an NW2-E and renumbered to No.1335.

The locomotive was retired from the Southern Pacific in 1986, and eventually ended up at the Parr Terminal Railroad of Richmond, California. Parr Terminal operated the locomotive until 1998 and then donated it to the Pacific Locomotive Association in 2000.

The locomotive arrived at the Niles Canyon Railway during December of 2000 and a seven month rebuild was begun. Association Volunteer Ken Asmus led the work, some of which included: removing and having the blowers rebuilt, top end work on the engine, a complete air brake system rebuild, new traction motor cabling installed, and other electrical work.

As part of the restoration, the locomotive was backdated to its original appearance by replacing the sealed beam headlights, installing a single chime air horn and a new bell. The final touch was painting the locomotive in the black and orange Southern Pacific “Tiger Stripe” paint scheme as it was delivered from EMD.

The No. 1423 has been operating on Niles Canyon Railway on a regular basis since July 2001.