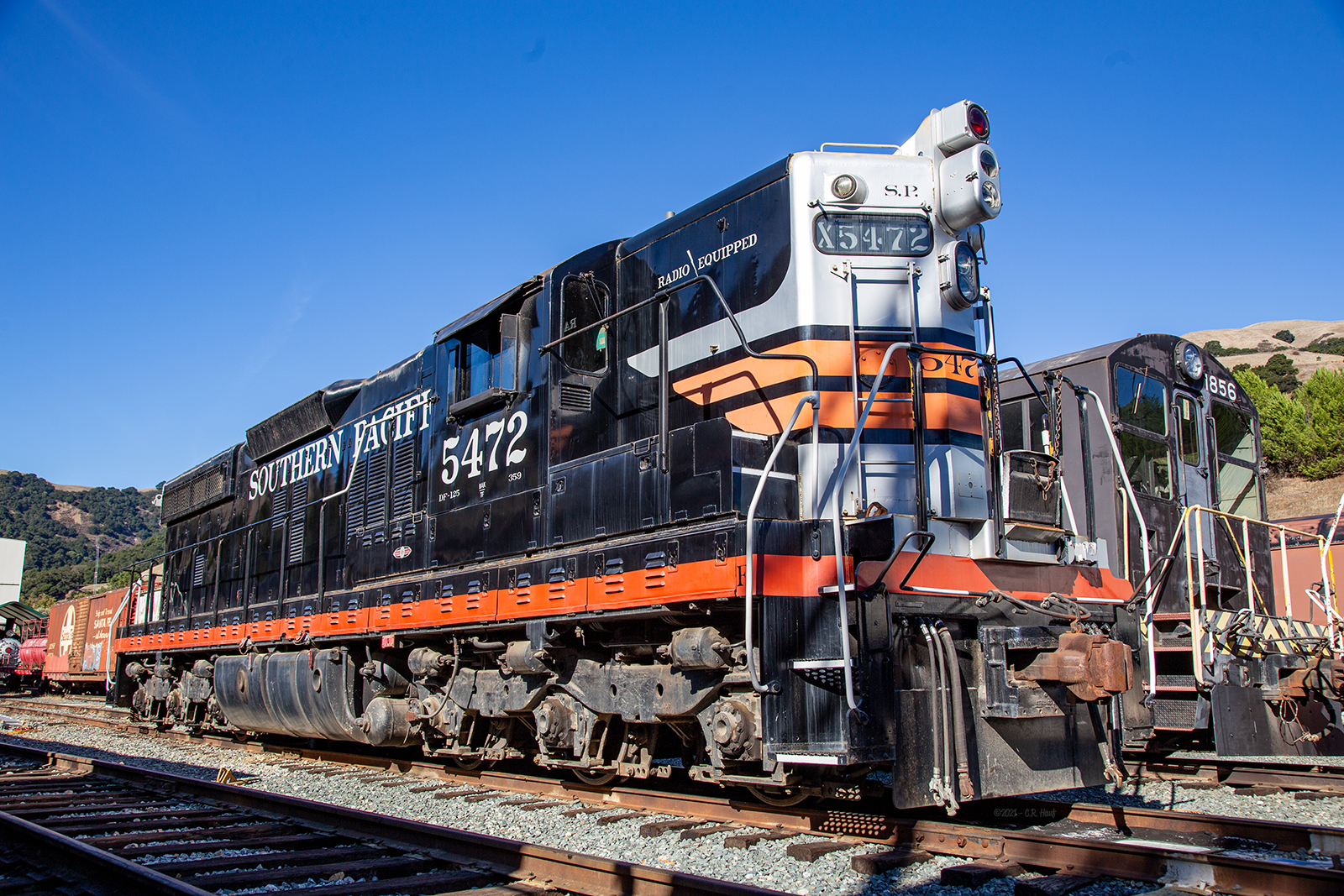 Jump into the cab of SP #5472 in this 360 degree image and take a look around as if you were the engineer! Click the VR logo on the bottom right to take the 360 image to full screen for an even closer look. 360 image by Chris Hauf – Used with permission.