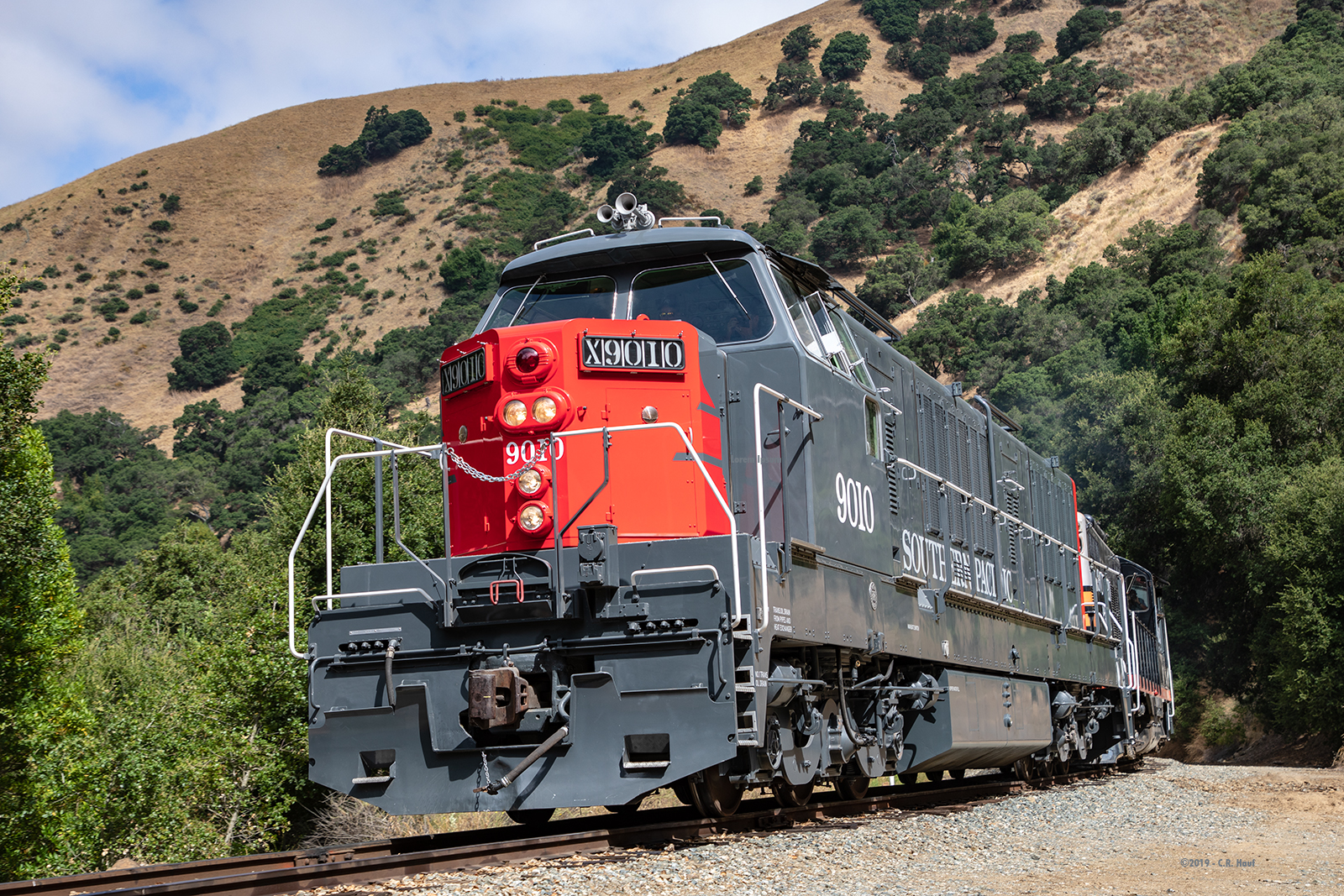 The 9010 was bought new by the Southern Pacific in 1964 and was part of an order for 15 identical units.  They were an experiment in high horsepower diesel hydraulic locomotives that had rather short careers on the SP, being retired by November, 1968.  The 9010 was converted in 1968 to camera car 8799 and was used to produce film for the locomotive simulator.  It was purchased by the California State Railroad Museum in April, 1986 and suffered an abortive effort to restore it to its original appearance.  It sat noseless and exposed to the elements and thieves in in the old S.P. Sacramento yard until acquired by the Pacific Locomotive Association in 2008.

Donate via ClubExpress to this project