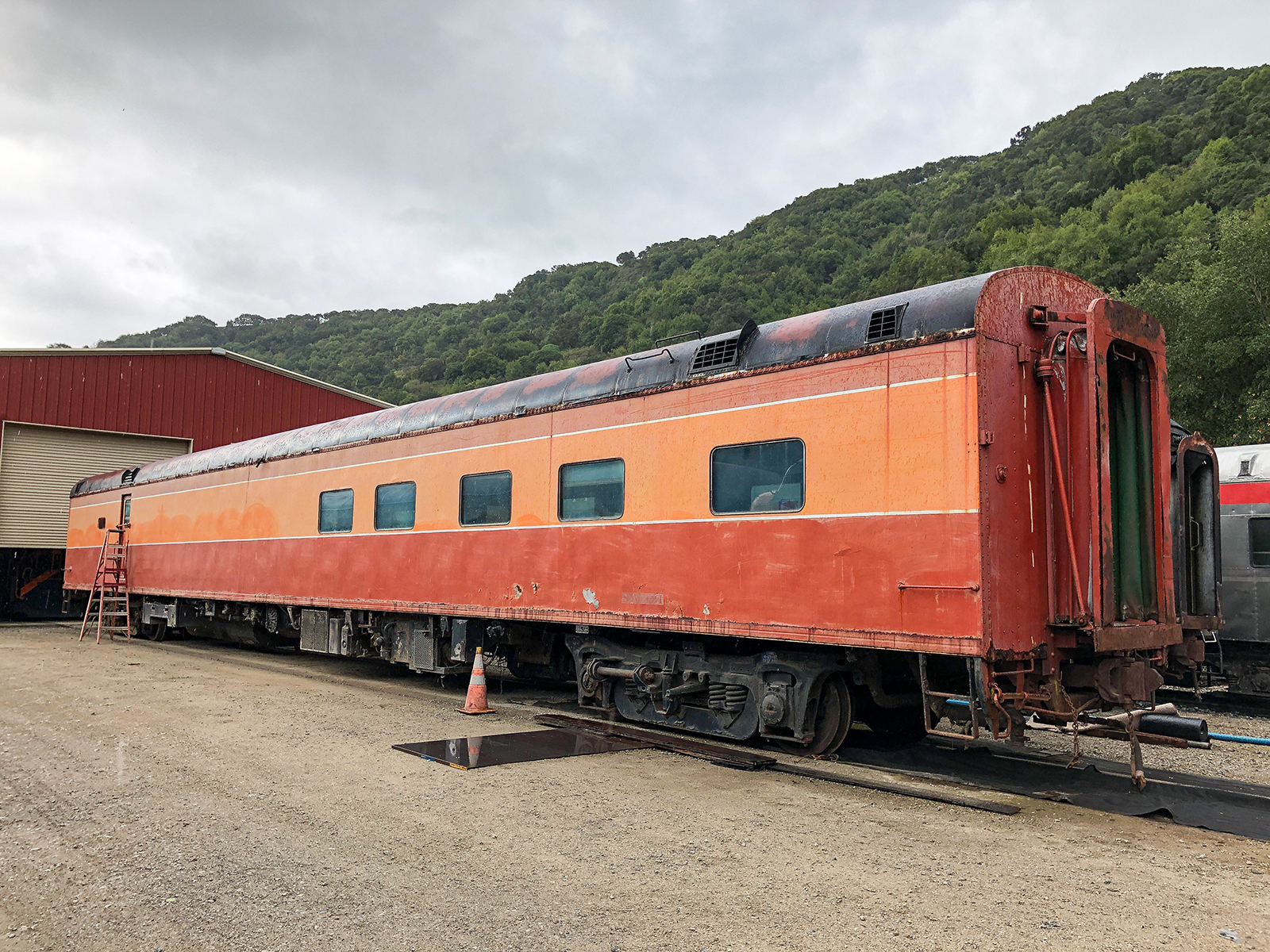 The “Hidden Lake” is one of the six famous Ranch Cars built by American Car and Foundry in 1951 for Great Northern Railroad’s Empire Builder.  These unique cars were configured as a Coffee Shop/Lounge with the interior decorated to represent a western ranch house. Original decorations included peeled cedar logs, random width oak paneling, seats upholstered in Pinto Pony patterns and red leather, branding irons and a large mural behind the bar depicting a Montana Roundup painted by the western artist Nick Eggenhofer (1897-1985). Blackfoot Indian motifs were used for the floor and some of the decor. Much of the interior of the Hidden Lake is intact and has seating for 34 at the tables, 14 additional stool seats were at the bar, currently not installed. A full kitchen provided food service.

Sometime after Amtrak was created in 1971 the Hidden Lake was sold to Sierra Western Corp. which ran excursion trains on mainline railroads. It was renovated for use in the “North Coast Daylight”, a joint venture with the Eureka Southern Railroad. The train was an overnight excursion between Willits and Eureka on the Northwestern Pacific Railroad. The consist of retired SP Daylight equipment and cars from various other railroads were all painted in the Southern Pacific Daylight Colors. Severe storms in the 1990s washed out the right of way in the Eel River Canyon which resulted in the closure of the railroad and end of passenger operations. The railcar had been stored at the Asti Winery in Asti CA. since the end of operations.

In late 2018 the owner of the car offered to donate it to the PLA and the donation was accepted by the BOD. Taylor Heavy Hauling from Roseville was hired to do the move by highway truck since there was no longer active rail that would allow a rail move.

The car is currently undergoing both internal and external restoration in our Brightside Yard for future service as a commissary car on a variety of our trains including our Wine Tasting Specials, Beer on the Rails trains, and our famous Train of Lights.

The Ranch cars were so unique that the Great Northern produced a special brochure to highlight their creation and the details behind the interior décor. Here are scans from a 1955 version of the brochure.