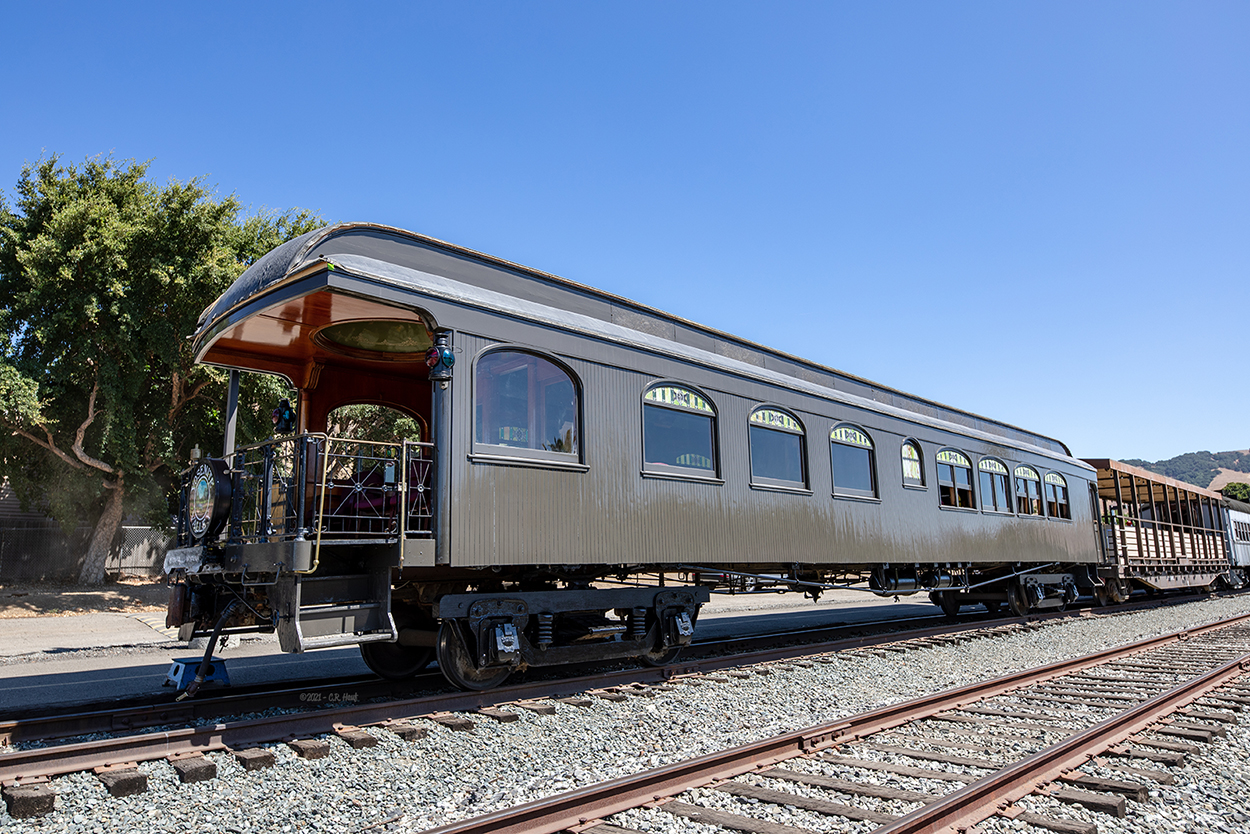 The Yosemite Valley Railroad was completed in May of 1907 between the California Central Valley town of Merced, and El Portal, the western boundary of Yosemite National Park. The railroad was 78 miles long, and catered to Yosemite visitors during most of it’s 40 years of existence. Upon completion of the railroad, a three car passenger train was ordered from Hick’s Locomotive and Car Works of Chicago. One of these wooden cars was an observation car, with a rear platform surrounded by an ornate railing.

Learn more about the #330 by visiting the #330’s website at the button below.

Yosemite Valley #330 in operation on our Niles Canyon Railway

A great video with lots of information about modeling the #330 along with the second half concentrating in part on the restoration of the car itself.