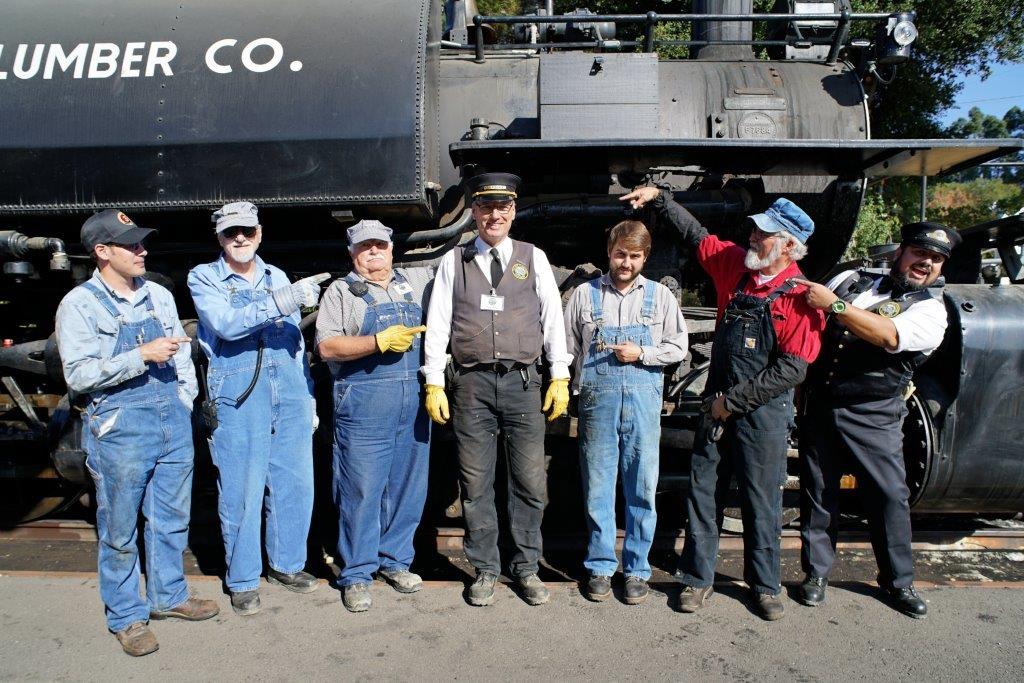 The train crews consist of both men and women who are volunteer engineers, firemen, brakemen and conductors that run and carry out the required operations of the trains and locomotives.  We have all participated in the initial training and annual certification classes that are required for all train operations.

The train crews are responsible for the safe and efficient operations and movements of the trains.

The following skills are required:

Train crews work on regular Sunday operating days during the year, as well as occasional special event trains on Saturdays and Sundays, such as:  Wine train and beer train specials, charter trains, and the annual Train of Lights in late November and all of December.