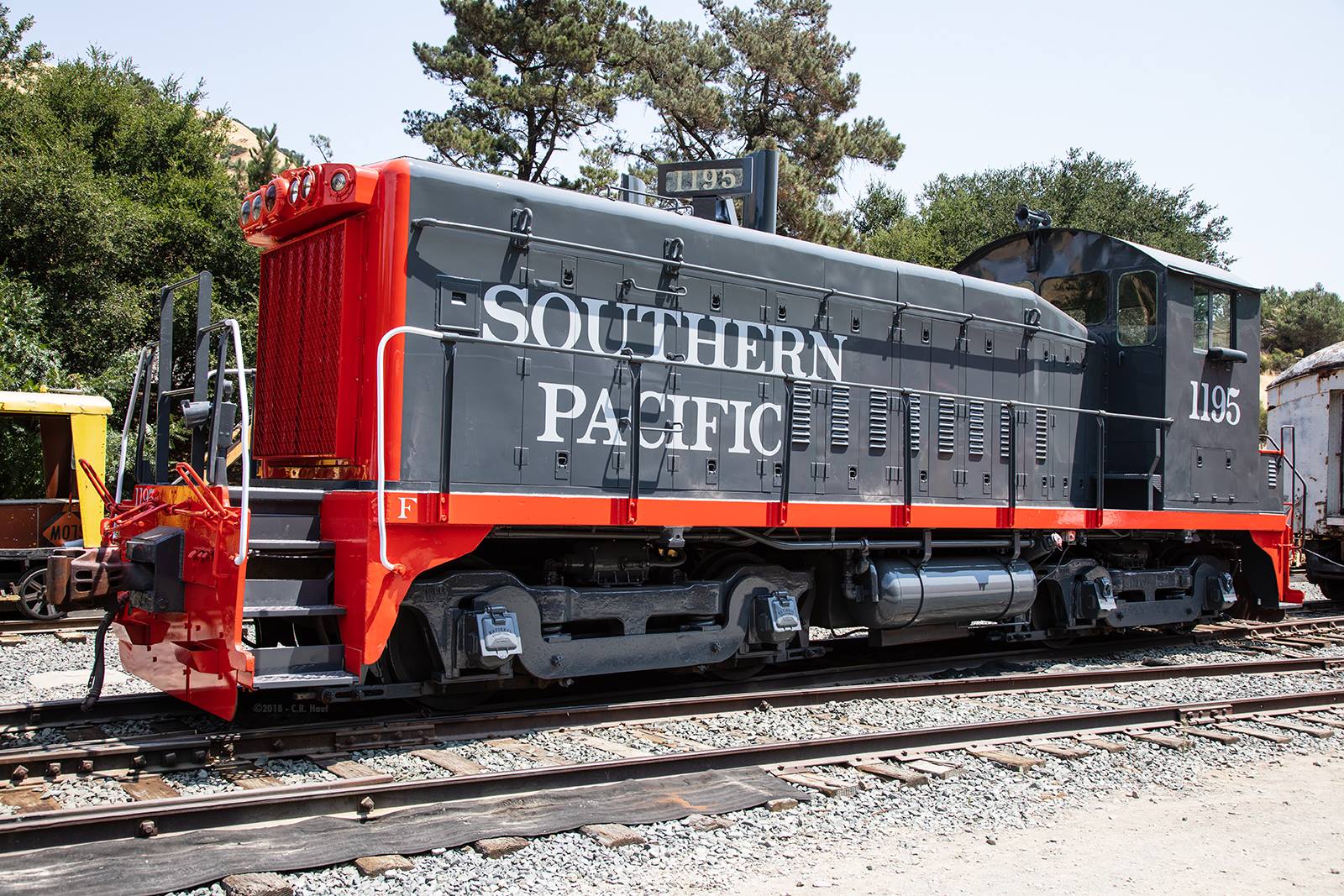 SP 1195 appears as it did after a 1974 rebuild at the railroad’s Houston Shops, giving it the ‘R’ in its model designation and modifiying the characteristic SP signal light clusters at both ends. Further visual modifications occurred after 1978, when pilot footboards (step platforms at each end, for switch crews to stand on) were federally outlawed for safety reasons.

The locomotive was built with a Construction Number of 19645 as Railroad Class DF-306 (Diesel Freight) and given road number SP 4630. It was equipped from the factory with multiple unit controls and connections, to enable it to operate in unison with other locomotives so equipped. Its Class changed to DF-606 in 1963, and again in 1965 to ES409-2 (EMD Switcher, four-axle, 900HP, second order) — the more specific coded information about type and horsepower being helpful to dispatchers and road superintendants. It was given road number SP 1176 at that time.

In 1974 it was rebuilt with upgraded electrical systems and other improvements, and given its current number, SP 1195. It was retired by the Railroad in 1986, and in 1987 was sold to the Levin-Richmond Terminal Corporation, where it operated in colors of blue and white on their Richmond Pacific Railroad, a terminal switching operation in its namesake city. (Movable step platforms at each end, to allow crew passage between locomotives in multiple, were likely removed during this tenure.)

The Niles Canyon Railway acquired the locomotive from Richmond Pacific in 2012 and quickly returned it to active service. It was professionally repainted to its 1958-86 SP color scheme in 2018.

Jump into the cab of SP #1195 in this 360 degree image and take a look around as if you were the engineer! Click the VR logo on the bottom right to take the 360 image to full screen for an even closer look. 360 image by Chris Hauf – Used with permission.