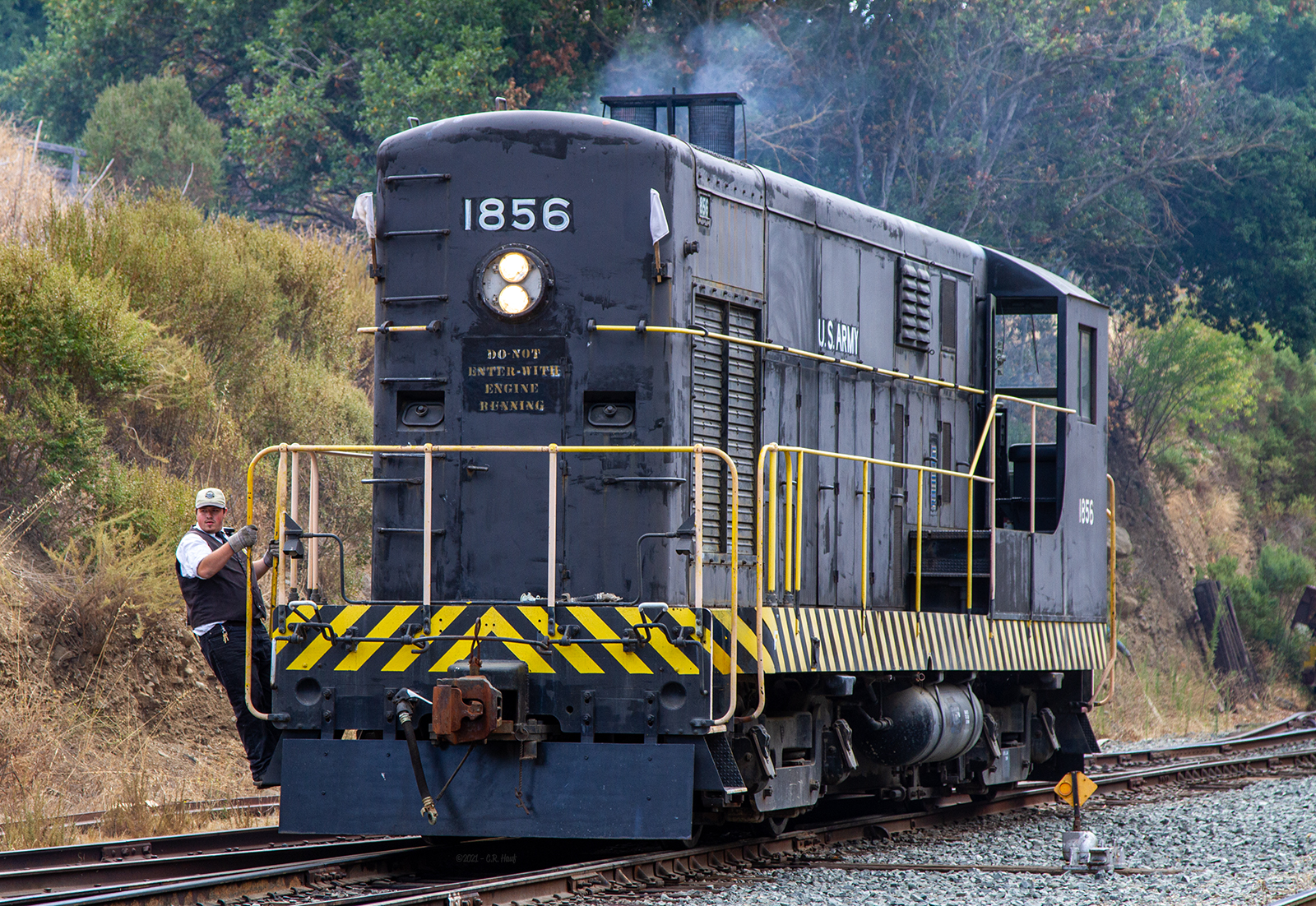 United States Army No. 1856 is a Fairbanks-Morse H12-44 locomotive built in 1953 as part of a group at a cost of $224,700 each. #1856 last served at the Oakland Army Terminal. It is a 1,200 horsepower 120 ton yard switcher. In 1944, Fairbanks-Morse entered the United States railroad locomotive market trading on their excellent reputation in diesel power plants for marine applications. Their locomotives used an unorthodox opposed-piston design engine. During the next nineteen years, F-M achieved limited acceptance and rated a distant fourth place in market share during a period when all major American railroads were replacing their steam locomotives with diesels. F-M left the locomotive market in 1963 and focused on other areas of its business.

Take a cab tour of the #1856 in the 360 image.
Image courtesy of Chris Hauf – Used with permission