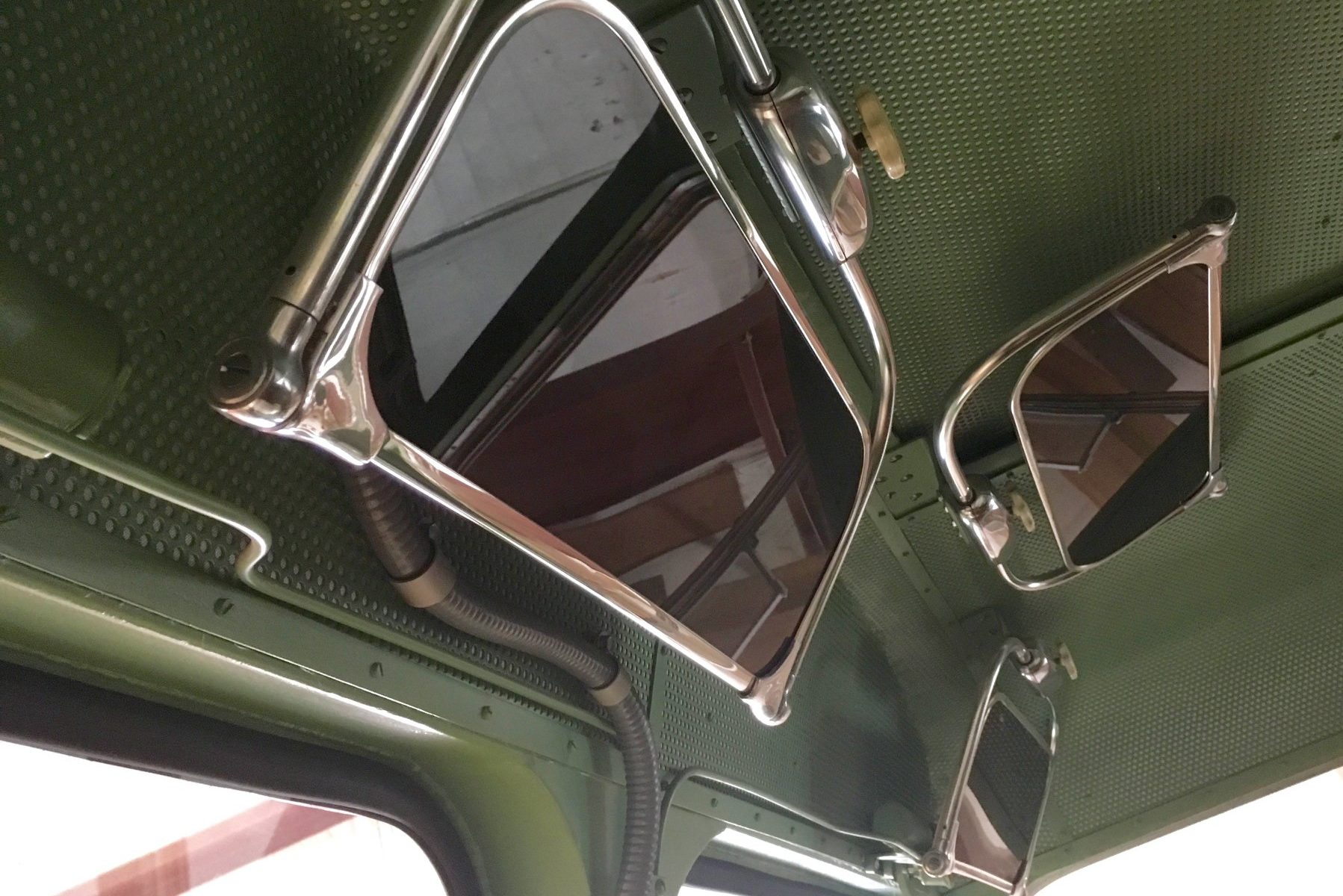 For a fifty-four-year-old custom-made German import locomotive being restored thousands of miles from its birthplace, that’s a reasonable question. Fortunately, this restoration may be one of the preeminent examples of internet restoration interactivity.

Through our German connections, we’ve replaced the wretched and unrestorable catastrophes that were our four cab sun visors with Original Equipment Manufacturer replacements — still stocked five decades later by the OEM!

These Happich-GHE replacements parts, as originally supplied, were also used in German trams and omnibuses, and so were still active items in this prolific transportation industry vendor’s catalog.

They’re part of what makes our 1964 Krauss-Maffei Model ML 4000 C’C’ Series Unit visibly different from anything else on the Southern Pacific Railroad, and we’re always delighted to find the right parts for the job.