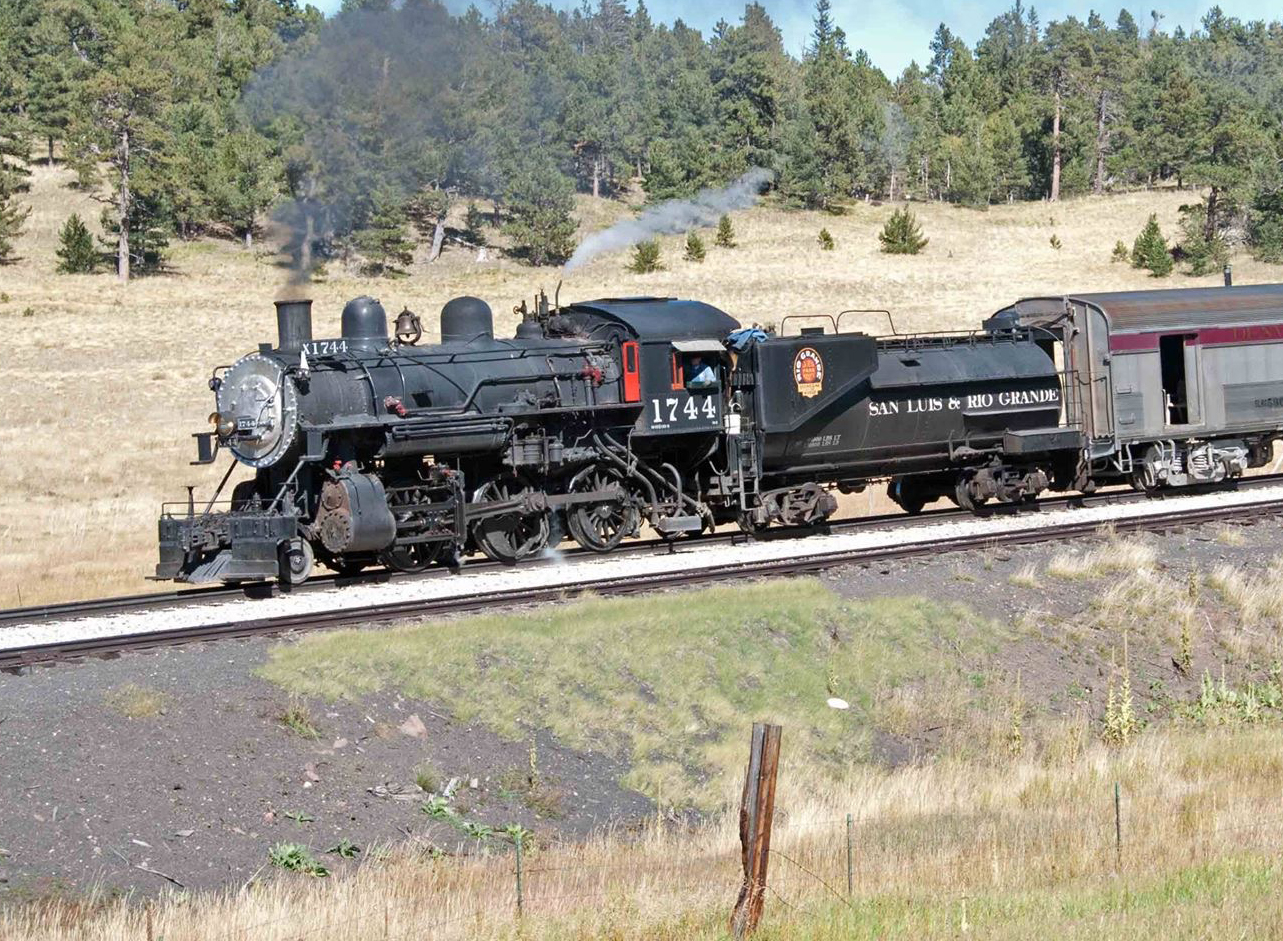 The Pacific Locomotive Association (PLA) is proud to announce that we have purchased and are returning a native Bay Area steam locomotive, the Southern Pacific #1744 to be rebuilt for operation on the Niles Canyon Railway. The 2-6-0 Mogul built by Baldwin in 1901 operated for many years out of Oakland on the SP Western Division and in California’s Central Valley where the Moguls were fondly called “Valley Mallets” by their crews. The locomotive was made famous in later years by operating on several of the last steam railfan excursions on the Southern Pacific. After many years of operating around the United States, the #1744 is returning home to once again operate through Niles Canyon on the last leg of the transcontinental railroad.

After retirement from service on the SP in 1958, the locomotive was operated at the Heber Valley Railroad, moved to Texas and restored for a brief period of operation in New Orleans.  Iowa Pacific bought the locomotive and ran it on the San Luis & Rio Grande over Colorado’s La Veta Pass in tourist service during 2007 until it was sidelined with boiler issues. The locomotive was disassembled, boiler work started and then stopped. The locomotive has sat disassembled since 2008 with the boiler moving from Alabama to Texas and then back to Colorado during this time. The engine’s frame & running gear along with its tender have since been moved to the Niles Canyon Railway’s Brightside yard while the boiler remains today in Colorado at a contract rebuilder.

The Pacific Locomotive Association and its Niles Canyon Railway is currently in the process of working on the frame and running gear in its Brightside yard. The boiler has started to receive repairs. We are now at a point where we will need to begin to have the 1400+ new staybolts fabricated.

Please visit our Donate page to learn more about the current fundraising efforts for the 1744 and how you can help!

Please visit our Steam Website at the link below to see more information and progress updates as the rebuild begins.

In service image used at the top of the page provided courtesy of Jim Wrinn.